NATO finds itself in the final stages of drafting a new Strategic Concept (SC). It will be the Alliance’s new guiding line, replacing the 2010 SC. The new concept will be adopted at NATO’s upcoming Madrid Summit in June. While in the beginning of a two-stage process that leads to its adoption, the focus of internal and external consultations has been on various challenges that the Alliance will be dealing with in the next decade, Russia’s brutal war against Ukraine has shifted the debate more towards NATO’s fundamental security guarantee as enshrined in Article 5 of the North Atlantic Treaty. During the second phase, negotiating and drafting the strategic concept from May on, allied leaders will now have to find answers to the question of how they want to frame NATO’s future relation with Russia in a concept that is expected to be in place over the next decade.

Secretary General Jens Stoltenberg has been asked by NATO leaders to lead the process of developing a new SC at the Brussels Summit in June 2021. An increasingly strained relationship with Moscow has been high on the agenda already back then and this was a driver behind the necessity for NATO to update its guidelines. But the various diplomatic efforts led by European leaders and the US administration in the area of arms control and strategic stability have given NATO some breathing space to concentrate in the initial consultation process on its position in an international environment increasingly shaped by multiple, simultaneously occurring threats.

This included the rise of China as a systemic competitor, climate change and its implications for modern societies and militaries, the opportunities and challenges posed by emerging and disruptive technologies, space, and cybersecurity. This multifaceted approach was meant to acknowledge that, although relations with Moscow have become strained in the 12 years since the adoption of the last strategic concept, NATO is aware and ready to respond to other long-term security challenges, including actor-less threats like pandemics and global warming.

It is somewhat bitter that in the final months before the adoption of the SC 2022 it is a traditional actor-driven threat that has risen to the top of NATO’s agenda. Accordingly, there will be an intense discussion within the Alliance as to whether it must re-focus on collective defence as opposed to NATO’s other two main pillars of cooperative security and crisis management.

Despite its rather laconic content of around ten pages, the SC is commonly described as a key document that reaffirms NATO’s values and purpose, and which provides a collective assessment of the security environment, updated on average once in a decade. It is also considered to be a guide for NATO’s future political and military development and can thus hardly be under-estimated. Crucially, it is not only NATO leaders and partners who will pay attention to this new document but also the leadership in Moscow. Russian experts have already expressed concerns that their country will be framed as an adversary in the SC, something that the 2010 document sought to avoid by defining Russia as an actor with whom NATO was aiming to establish a “strategic partnership” based on cooperation and reciprocity.

The SC will contain language that refers to Russia as “systemic competitor”. In practical terms the confrontation with Russia means that NATO will have to allocate more resources on its traditional task of defence and deterrence against a (nuclear) threat coming from Moscow. To some extent this throws the Alliance back to its fundamental principles. At the same time, despite of more limited resources for tackling other actor-less as well as actor-driven security challenges, the Alliance would be on the wrong track would it only concentrate on collective defence and deterrence and under-emphasise crisis management and cooperative security.

One can expect that NATO will prioritise collective defence in its upcoming SC, which is a logical consequence of the changing security situation in the Euro-Atlantic region and the possibility for a new Cold War-like environment in the coming decade or beyond. But the Alliance will and must also continue, as a forward-looking organisation, to deal with challenges that are outside the collective defence basket. If anything, the pandemic has demonstrated that cooperative security, introduced as a core task by the 2010 Strategic Concept, must not be underestimated. NATO is well advised to continue allocating sufficient human and financial resources to strengthening its network of security partnerships around the globe for countering multidimensional threats. The same applies to NATO’s military and political measures under the header of crisis management, which is crucial not least in a post-Afghanistan setting.

To allow NATO to effectively focus on all three core tasks (with a slight prioritisation of collective defence), a careful selection of the tasks that reasonably fall into NATO’s responsibility is required. For instance, there is a growing sense within NATO that the topic of China might be distracting from NATO’s core tasks. Others like the above-mentioned actor-less threats are more likely to stay, and the same goes for everything related to cyberspace and new technologies in the widest sense.

More than ever since the adoption of the first post-Cold War SC in 1991, the 2022 one will have to strike a careful balance between the three core tasks, responding to the present situation as well as providing a more forward-looking vision. 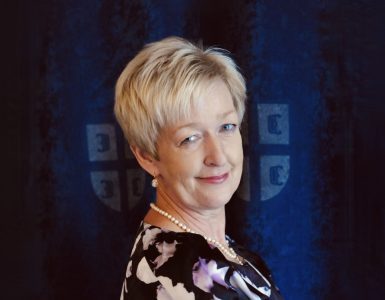 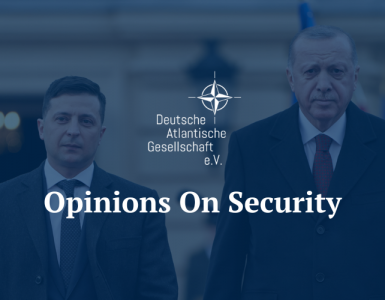 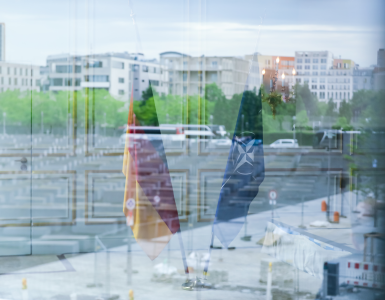