Yes, given the divergence of party stances on this issue, it is time to explore more feasible and less divisive spending targets.

Last month, German voters took to the polls in what was an uncharacteristically contentious election. Now, three parties namely the SPD, the Greens and the FDP – are wrangling to forge a so-called traffic light coalition. Even so, it could be quite some time before an agreement is signed and a new chancellor is sworn in.

One of the issues that the future government will have to grapple with is German military expenditure. In recent years, the question of whether Germany should allocate two percent of its gross domestic product (GDP) to its armed forces and thus conform to NATO’s goal has shifted up the political agenda. Public opinion remains divided.

According to Germany’s report to NATO, it currently spends 1.53 percent of its GDP on its military, up from 1.36 percent in 2019. This substantive jump can be attributed, in part, to an increase in the level of expenditure but also to the economic fallout of the pandemic, which led to a decrease in output. Either way, Germany has a long way to go. Based on IMF growth projections, Germany would have to raise its defense budget by a whopping €26.3 billion or 49 percent to meet the spending target by the 2024 deadline. To get such an appropriation bill passed in the Bundestag would be a massive undertaking and a test of political will.

Party stances on the issue vary quite drastically. The Liberals, for instance, pledge to allocate three percent of Germany’s GDP to the three Ds (defence, development and diplomacy), thereby affirming the NATO goal while promoting a multipronged security policy. On the other side of the spectrum, the Greens openly reject the target and instead advocate for a less “abstract and statistical” guideline. The Social Democrats point to the fact that military expenditure increased during their time in government; yet, they decline to commit to NATO’s two percent goal. So, depending on the course of coalition negotiations, the NATO spending target might be off the table. Mentions of the goal are noticeably absent from the recently published framework text.

Against this backdrop, it is time to reorient the debate surrounding German military expenditure and tie it to a more reasonable and achievable target. For far too long, the discussion has been centered around the top budget line. Differentiating between certain types of spending instead of obsessing over a GDP-based goal could add some much-needed nuance.

At the Wales Summit in 2014, the Alliance delineated two spending targets, the lesser known of which foresees the Allies allocating 20 percent of their defence expenditure to the acquisition of major equipment, as well as research and development. In the medium term, this is certainly the more realistic goal and arguably even the more critical one. After all, meeting the two percent target will have little meaning if it does not buy capability.

The German Bundeswehr has long struggled with structural equipment shortfalls – be it a lack of usable transport aircraft or rifles that shoot off target. That said, the government has taken steps to address this problem. Germany currently earmarks 18.55 percent of its defense budget or €9.9 billion to procurement and R&D efforts, up from 11.93 percent or €4.1 billion in 2015. Allocating 20 percent of total military spending to this category would require an additional annual investment of €771 million based on this year’s budget.

With that in mind, building capability is a costly, multi-year endeavor. In order to successfully modernize the Bundeswehr, this level of investment will have to be sustained. By explicitly anchoring the 20 percent goal in the coalition agreement and committing to gradual increases in overall spending, even if these fall short of the two percent target, the future government would send a signal of goodwill to Germany’s transatlantic partners and give the Bundeswehr the planning security it needs.

Alexandra Marksteiner is a Research Assistant with the Military Expenditure and Arms Production Programme at the Stockholm International Peace Research Institute (SIPRI). Among her areas of focus are developments in the arms industry and the transatlantic burden-sharing debate. Before joining SIPRI, she worked for the Brookings Institution, UN Department of Peace Operations and German Federal Foreign Office. She holds a Master’s degree in Strategic Studies and International Economics from the Johns Hopkins School of Advanced International Studies (SAIS) in Washington, DC. 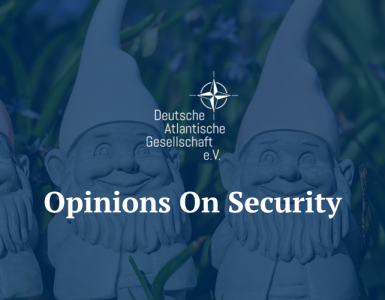 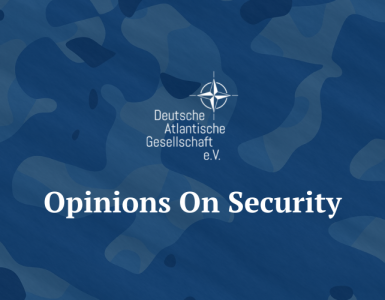 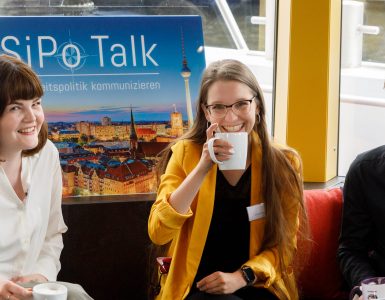